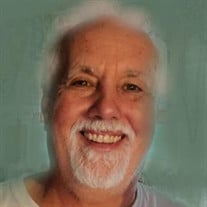 John H. Mutzabaugh, 61, of Duncannon went to be with the Lord early Sunday, August 1, 2021 at his home surrounded by his loving family. He was born on November 9, 1959 in Harrisburg, Pennsylvania. He was the son of the late Charles W. Smith and Myrtle M. (Mutzabaugh) Smith of Duncannon. He preferred to be called John, but his many friends knew him as “Gomer”. He was a simple, honest, gentle and kind man who would drop everything to help someone. John was a devoted friend, cousin, uncle, brother, and father. He was a member of the Duncannon VFW, where he went on a regular basis. John was well known for his fun loving spirit which he displayed with his infamous ponytail. He enjoyed watching drama-packed tv shows, going for random rides in his vehicles, playing cards, butchering and hanging out with his friends and family. Some of his most joyful moments were spent with his daughter, Rayona Boyer, and his many nieces and nephews. His daughter remembers her dad telling her to “Live life to the fullest because life is short.” John was a life-long employee of Mutzabaugh’s Market where he worked in the meat department. Stanley Mutzabaugh, owner of Mutzabaugh’s Market, remembers John in these words: “There is so much that could be said about Johnny Mutzabaugh, but more than anything Johnny embodied what Mutzabaugh’s Market stands for and that is “Family!” Johnny knew almost every customer but if he didn’t, you could count on him to introduce himself and then he would begin to tell them the Mutzabaugh‘s Story. Johnny, a twenty eight year employee, was the BEST at customer service with an attitude to do whatever it took to make the customer happy and ALWAYS with a great big smile. Family runs deep at Mutzabaugh’s and among our team Johnny was a friend to all and had a heart of gold! You could always count on Johnny for a really good story and he could always put a smile on your face. Johnny is the guy that would do anything for anyone and would give you the shirt off his back. It won’t be the same without him but we will strive to live up to who he was.” He is survived by his daughter Rayona Boyer of Millerstown, PA; siblings Mitzi Cooper of Duncannon, Tracy Parkhurst of Liverpool, and Timothy Smith of Duncannon; and several nieces and nephews. Pastor Wayne Kerstetter will officiate Burail will be in Pine Grove Cemetery, Miller Township The Boyer Family is honored to handle arrangments for the Mutzabaugh Family.

John H. Mutzabaugh, 61, of Duncannon went to be with the Lord early Sunday, August 1, 2021 at his home surrounded by his loving family. He was born on November 9, 1959 in Harrisburg, Pennsylvania. He was the son of the late Charles W. Smith... View Obituary & Service Information

The family of John Mutzabaugh created this Life Tributes page to make it easy to share your memories.

John H. Mutzabaugh, 61, of Duncannon went to be with the Lord...

Send flowers to the Mutzabaugh family.