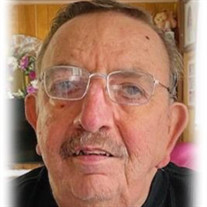 Robert Allen Samuel Fulton, “Rob, Robbie, Bob, Fuzz”, 75, of New Bloomfield, PA passed away due to chronic medical conditions on February 18th, 2022. On his final day, he was surrounded by his wife and children, who adored him more than anything in the world. Rob graduated from Cumberland Valley High School in 1965 and went on the become a master mechanic at Forklifts Incorporated for 44 years until his medical conditions forced him to retire. In his spare time, he loved tinkering around in his garage, working on anything with an engine including his 1971 Chevelle, and playing cards and horseshoes. Just like he dealt with experiences in life, Rob managed his illnesses with strength and grace, and wanted to spend as much time with his loved ones as possible. He was a loyal and loving partner to his spouse of 53 years, Mag (Hershman), as well as an amazing father to their two children, John (and Traci) Fulton and Margie (and Sonny) Drake. Rob was a kind and gentle man, who was known as the “handyman of the hollow”, helping many neighbors and family members doing repairs of any kind. He was a curious soul, often tearing things apart only to put them back together. Upon learning how to navigate on the web, he liked to research and read up on various topics. He enjoyed reading Popular Science and Hot Rod magazines as he was an avid car lover. He had large muscular arms and hands, often being challenged (and winning) many arm-wrestling matches. One of Rob’s proudest accomplishments was being a grandfather. He considered himself lucky enough to have three grandsons, Shjon and Jesse Lyons and Nick Fulton and a step-grandson, Dustin Lyons, who he spent as much time as possible with and eventually earning the title of “Pappy, the man, the myth, the legend”. He was preceded in death by his stepfather, Leroy Boyd, his mother, Edna (Jumper) Boyd, his sister Anna Mae Baitsell and many aunts and uncles. Aside from his wife, children and grandsons, he is survived by a brother, Ken (Leslie) Fulton, a sister, Shirley Fulton and many nieces and nephews. A private viewing is being held for immediate family; however, the visitation/funeral will be held Wednesday, February 23rd, 2022, at 10:00am at the Tressler Memorial Free Lutheran Church in Loysville, PA. Boyer Family Funeral Home, New Bloomfield, is honored to handle the arrangements for the Fulton Family.

Robert Allen Samuel Fulton, &#8220;Rob, Robbie, Bob, Fuzz&#8221;, 75, of New Bloomfield, PA passed away due to chronic medical conditions on February 18th, 2022. On his final day, he was surrounded by his wife and children, who adored him more... View Obituary & Service Information

The family of Robert Allen Samuel Fulton created this Life Tributes page to make it easy to share your memories.

Send flowers to the Fulton family.