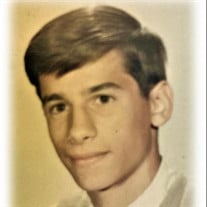 It was a redemption story. A talented athlete with a keen mind, John Alvanitakis often said sports were all about angles and geometry. He was talented enough to play college soccer at West Chester University and help take his team to the championships. In his last collegiate game, he had the misfortune of kicking a goal For the other team. His post-collegiate soccer career ended with a devastating compound fracture that prompted his young wife to declare, "Thank God for Blue Cross/Blue Shield." In later years, he was known to show some skill kicking around a hacky sack with bemused high school kids at random sporting events, much to the horror of one of his then-teenage daughters and the constant admiration of the other. He had attended Ohio University with the intention of becoming a sports writer, an ambition that was put on pause while he had a young family to provide for. But he came back to sports writing later in life, when his now-older wife told him, well you know there is a newspaper in New Bloomfield, right? And so the redemption story began. Hundreds of stories, thousands of interviews with coaches and players. He turned high school field hockey into poetry. He waxed nostalgic about great basketball players who now had kids of their own on a team. He voraciously tracked stats and compiled insightful wrap-ups at the end of each season, win or lose. He truly loved what he did, and he was looking forward to baseball season and then football season and on and on. He redeemed the unfortunate end to his competitive sports career by telling the stories of young athletes, some who went on to college and great acclaim and others who hopefully can look back fondly on a nice mention or two in their hometown paper, a yellowed clipping in a scrapbook somewhere, written by somebody who cared deeply about the kids and community where they lived. A Leo through and through, John was always affable, someone who brought people together, whether it was through horseshoes or golf. He loved his girls, attending countless track, gymnastics and cheerleading competitions and applauding loudly at his daughters' achievements. In a stroke of good fortune at one such competition, he came across Mike Krzyzewski (Coach K's daughter was a cheerleader, as well) and begged him to stay put, just long enough so he could retrieve his Duke-loving wife to say hello to her favorite coach. Unbeknownst to one of his daughters, he drove down to watch her run the 4x400 relay in the prestigious Penn Relays. As she rounded the second turn, with her eyesight starting to blur and legs going numb, she heard him in the stands, cheering wildly for his little girl. His family was his redemption, too. John was fond of doling out sage advice to his daughters, even when they said they didn't want it but secretly did, answering the phone whenever there was a crisis, emotional or car-related. The car-related crises were many. He cherished his grandson, named Jonathan in his honor, and he delighted in watching him zoom around his basement, as ESPN flickered on the TV. Sadly he will never get to write a story about his namesake's future athletic exploits. They will never get to play golf together or talk about the mysteries of the universe. Jonathan's mom will have to impart what wisdom she can recall and ask her sister to remember the rest, about how proud they were to have him as their dad. John Louis Alvanitakis was born July 27, 1948 to Louis Alvanitakis and Tickie (Pallos) Alvanitakis in Philadelphia, Pa. John grew up with his two younger brothers, Michael and James (Jimmy), and his older sister Evangelia (Lee). He graduated from Ridley High School in 1966. In addition to his sports journalism career with Advance Publications, John also worked for decades with some of the most skilled craftsmen in Harrisburg, designing custom wood interiors for countless eateries, homes and businesses around the region. Woodlore Builders Studio was responsible for some of the most iconic bar settings in central Pennsylvania. He is survived by his wife, Kathie Anne (Warner), daughters Kirstin Barbara and Callie Anne, and grandson Jonathan Leo; brother, Michael, and his wife, Patti, as well as their daughters, John’s nieces, Jamie and Christie; and nephews John and Louis Reichenbach and niece Michelle Sturner, children of his late sister, Lee. Thoughts from his co workers at the Perry County Times: "What a joy and pleasure it was to work with John Alvanitakis. John was enthusiastic, passionate about Perry County sports, and always ready to go the extra mile in covering the athletes. It would be a fool’s errand to try to count the number of coaches, athletics directors, and administrators with whom John had a working relationship over his almost thirty years at the News-Sun, Duncannon Record, and Perry County Times. The number of Perry County athletes he wrote about would be even more staggering. At these weekly newspapers, we already miss his laugh, his encyclopedic memory of Perry County athletics, his positive demeanor, and his joy for life. Go in peace, John. Your legacy in this part of the world is secure.". Services will be held at Boyer Family Funeral Home, 101 W. Main St., New Bloomfield, on Saturday, April 2. Visitation with the family will begin at 10 a.m., and services will be at 11 a.m.

It was a redemption story. A talented athlete with a keen mind, John Alvanitakis often said sports were all about angles and geometry. He was talented enough to play college soccer at West Chester University and help take his team to the championships. In... View Obituary & Service Information

The family of John L. Alvanitakis created this Life Tributes page to make it easy to share your memories.

It was a redemption story.
A talented athlete with a keen mind,...

Send flowers to the Alvanitakis family.