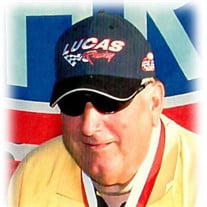 Howard W. “Tim” Worner, 78, of Market Street, Duncannon went to be with the Lord on Monday, December 13, 2021 in Harrisburg Hospital. Born March 24, 1943 in Harrisburg, he was the son of the late Howard W. and Marion (Holland) Worner. Tim, as he was known by his friends, was a patriot and served his country in the United States Marine Corp during the Vietnam War. He retired from the “Navy Depot” and was a well known Race car driver. He was a member of NHRA and IHRA drag racers, a 1961 graduate of Penn Hills High School, Pittsbugh and a member of the Duncannon American Legion Post 340 and Duncannon VFW Post 255. He was also a member of the Duncannon Sportsmen’s Association, a life member of the NRA and Newport Owls Club. He was a coach for Susquenita Midget Football, Duncannon Teener’s and Duncannon and Enola Twilight league. He was on the pool team at the Pub for many years and was an avid Pittsburgh Steelers and pirates fan. He really enjoyed dogs, especially “Porter.” Surviving is his wife of 55 years, Suzy (Seabold) Worner. Two sons, Byron and wife Heather and Bryan and companion Nikki Alberts. A daughter, Jennifer and granddaughter Madeline Daum. A sister Marianna Worner of Arizona. Services will be held at 2 PM on Saturday, December 18, 2021 in The Tree of Life Lutheran Church, 1492 Linglestown Road, Harrisburg. Pastor Richard Geib will officiate. A visitation will be held one hour prior to the service. A luncheon will follow at 4 PM in the Duncannon American Legion. Memorial contributions, to Tim’s memory, may be made to DRAW, 4 Hance Drive, Charleston Illinois 61920 and Disabled American Veterans, DAV.org The Boyer Family is honored to handle the arrangements for the Worner Family.

The family of Howard W. Worner created this Life Tributes page to make it easy to share your memories.

Send flowers to the Worner family.