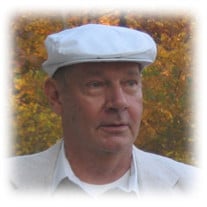 Eugene R. Seiders 11/22/1935 - 11/18/2019 So we fix our eyes not on what is seen, but on what is unseen, since what is seen is temporary, but what is unseen is eternal. - 2 Corinthians 4:18 Eugene R. Seiders, 83, of Carlisle and formerly of Newport died November 18, 2019 at the Thornwald Home, Carlisle. He was born November 22, 1935 in Newport and was the son of the late Leroy and Hazel (Ebersole) Seiders. He was a computer operator for the Ships Parts Control Center, Mechanicsburg and a computer Equipment Specialist in the Fleet Material Support Office, retiring after 40 years' service.  During his civilian career, he traveled to the Philippines, Guam, Japan and Hawaii. He was a "snowbird" and loved to travel to such places as Las Vegas, Florida, Canada and Ohio.  He loved getting bargains and great deals at Salvation Army and Goodwill.  He was an air force veteran serving in Alaska during the Korean War as a communications officer. He was proficient in Morse Code.  He was a member of Newport Lodge 381 F&AM and was a member of the Sojourners, Zembo Shrine and Harrisburg Consistory.  He was also a life member of theLiverpool American Legion. He was the widower of Shirley A. (Dobbs) Seiders and is survived by a son, Chris Seiders of Pittsburgh, three daughters, Neva Seiders of New Bloomfield, Doreen Trout of Harrisburg and Cheryl Campbell and husband Vernon of Elliottsburg.  A sister, Vonnie Ruggles of Newport.  Grandchildren, Samantha S. Trout, Thomas B. Trout, Caitlyn C. Campbell and Veranda A. Campbell.  In addition to his wife and parents, he was preceded in death by two brothers, James and John D. Seiders. Private graveside services, with full military honors, will be held at the convenience of the family in Sandy Hill Cemetery, Loysville.  There will be no viewing or visitation. In lieu of flowers, please contribute to the Pennsylvania Wounded Warriors, Inc., 95% of PA Wounded Warriors donations are given to veterans.  www.pawoundedwarriors.org Contributions to the American Cancer Society and the Shriner's Hospital for Children would also be appreciated.  Boyer Family Funeral Home is honored to handle the services for the Seiders Family. SERVICE DETAILS Private Graveside Service with full military honors in Sandy Hill Cemetery, Loysville There will be no viewing or visitation. Memorial contributions can be made to Pennsylvania Wounded Warriors, Inc.

The family of Eugene R. Seiders created this Life Tributes page to make it easy to share your memories.

Send flowers to the Seiders family.