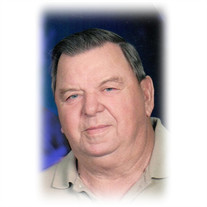 Donald L. "Zook" Morrow, 81 of McClure Street, New Bloomfield, died on December 31, 2018 in West Shore Hospital, Mechanicsburg, surrounded by his family, friends, and Pastor, Bill Pipp. Born December 4, 1937 in New Bloomfield, he was the son of the late Paul and Laura (Umholtz) Morrow. "Zook", as he was known to his friends, attended Perry Joint High School and retired from Penn Dot in 2002.  He served in the National Guard for 22 years and was a drummer in 553 Air Force Band.  He was a member of Snyder's United Methodist Church where he was a member of the choir.  He enjoyed visiting with his buddies at Gardner's Garage having coffee and telling stories.  He enjoyed many things in his life, but he most enjoyed his family and friends. Surviving are his wife of 61 years, Linda (Doughten) Morrow, his brother and sister-in-law, Kay and Andy Anderson of New Bloomfield and many nieces, nephews, and cousins.  In addition to his parents, he was preceded in death by a brother, Clyde Morrow. Services will be held at 11AM on Saturday, January 5, 2019 in Snyder's United Methodist Church, 1724 New Bloomfield Road, New Bloomfield.  His Pastor, Rev. Bill Pipp, will officiate. Burial will be Bloomfield Cemetery.  A viewing will be held on hour prior to the service. Memorial contributions may be made to Snyder's United Methodist Church, 1724 New Bloomfield Road, New Bloomfield, PA. 17068 The Boyer Family is honored to handle the arrangements for the Morrow Family.

The family of Donald "Zook" Morrow created this Life Tributes page to make it easy to share your memories.

Send flowers to the Morrow family.